Monaco had the highest ever volume of sales in 2014, with a combined value of EUR 2.4bn 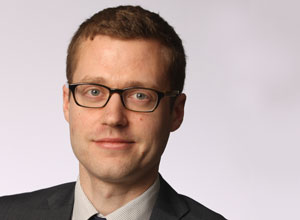 Paul Tostevin, associate director at Savills World Research, also talks about an increasing investment in marinas in China with restaurants, bars, and retail space, but also larger indoor areas for mahjong and karaoke.

Where do UHNWIs buy properties?

In the last decade, there has been a clustering of UHNWIs in top tier world centres like London, New York, Singapore, or Hong Kong, where they have business interests.

We have witnessed the revival of ‘retreat’ or resort locations, in parts of the Mediterranean and Caribbean. One of the strongest performing has been Monaco. Monaco had its record year in 2014 with the highest ever volume of sales by value: the number of residential sales exceeded their 2007 peak for the first time in 2014, with a combined value of €2.4bn.

Asian investors focus locally in key cities. Hong Kongese and Singaporeans have been the biggest investors, but both strongholds have slowed as government-implemented cooling measures have taken place.

Asian buyers are still focused on property with an investment or income angle, but there has been appetite for more peripheral locations if there are other benefits. The Golden Visa programme is a good example of this. The Chinese have accounted for eighty per cent of Portugal’s Golden Visa programme alone, favouring properties in Lisbon at the minimum €500,000 threshold.

The leisure property sector in Asia is showing potential at present but its future can perhaps be glimpsed in experimental projects in mainland China like Hainan Island which is China’s largest tropical island in the South. There is also a growing interest in Balinese and Phuket properties.  China’s ski market is developing, but is a long way off European levels of engagement.

Asia’s water market is also growing. In China, new marinas are designed as leisure enclaves in their own right with a high level of shore-side facilities. China has pioneered the ‘marina country club concept’, providing membership services and facilities such as restaurants, bars, retail and entertainment. The crafts demanded are different too: the Chinese favour larger indoor areas for entertaining activities such as mahjong and karaoke, smaller outdoor decks and fewer sleeping cabins.

Many global UHNWIs are now fully invested in trophy assets and prime world city assets look fully priced against historic levels. Consequently, prime yields in many cities are at an all-time low in many places. We see that higher income returns are available in secondary markets and that these non-core markets will become more heavily invested and may very well outperform prime markets as capital values respond accordingly and yields move in.