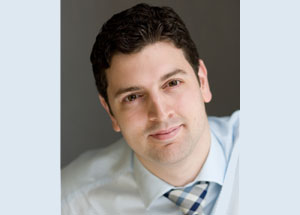 Christopher Axford, partner at Druces, says that one of the reasons for slow progress in the global standardisation of interpretations of sharia law is a growing number of scholars who all have their own interpretation on how the principles should be applied.

Why are an increasing number of non-Muslim UHNW clients opting for sharia-compliant private banking and wealth management?

It’s due to a combination of the increase in visibility and knowledge about the existence of such products, a continued lack of traditional banking options following the credit crunch and the fact that the underlying principles of sharia-structured products is gaining a following for those who want to explore ethical investment.

What are the challenges of implementing Islamic finance in the UK?

A lack of understanding about what Islamic finance is and how it works. There is a tendency for people to have a pre-conception that it is a solution only for those who want the structure for religious purposes. However, Islamic banks and finance providers are generally flexible at finding solutions for client’s needs.

What major sharia-compliant projects or deals have you been involved in recently?

We advised a group of Middle Eastern investors in connection with a substantial property acquisition and lease back, utilising a sharia-compliant property financing arrangements.
We also acted on behalf of a Middle Eastern investor, advising on the finance aspects including sharia considerations of a structured investment into a private school in the UK.

What are the pitfalls of Islamic finance?

A few years ago, David Cameron was talking about making London one of the world’s “greatest capitals of Islamic finance.” What does the UK government to do boost this sector?

The UK government issued a Sukuk, which is an Islamic compliant bond, as a demonstration of the commitment to the area. There have been pieces of legislation passed to allow the structuring of Islamic transactions to work, for example on ijarah structured deals which is a type of contract where reliefs are available to avoid paying tax twice.

How does the UK Islamic finance sector deal with different interpretations of the sharia? Is there any move towards global standardisation?