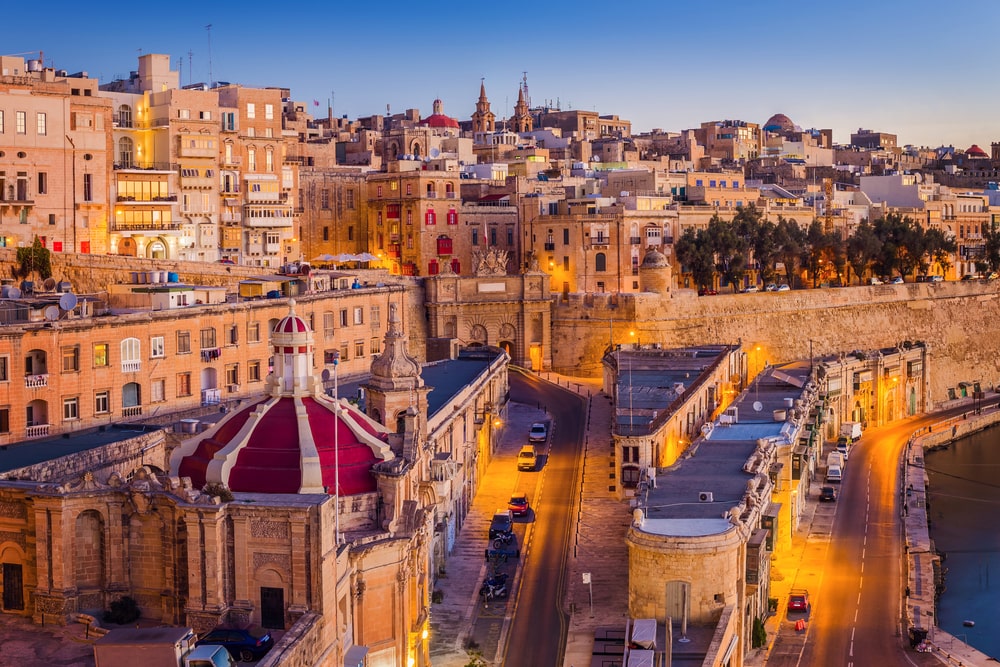 In January, Malta’s prime minister set out his ambitious vision to make Malta the most UK-friendly country in Europe post-Brexit, promising the 13,000 Britons already living on the island a special status and guaranteeing a warm welcome to others that might follow.

PM Joseph Muscat said current residents would be granted new residence permits valid for 10 years – longer than any other residence permits – as would those that might choose to relocate to the country in the future.

The opportunity for the country to capitalise on the fallout from Brexit can also be seen in the gaming industry, where a number of big British gaming players based in the rival gaming hub of Gibraltar are said to be eyeing a move to Malta in order to stay in the EU. One of the world’s largest online gambling companies, Gibraltar-based Bet365, has announced plans to open in Malta when the UK exits the European Union. Malta already boasts of being one of the online gaming capitals of the world, and the gambling industry currently makes up more than 10 per cent of the island’s economy.

“The service industry is growing,” says Rosanne Bonnici, head of the tax and immigration departments at the law firm Fenech & Fenech. “Malta is very strong on gaming and, as a result of Brexit, some of the larger firms are now looking to set up here. We are currently assisting some of the very large market makers to relocate some of their operations to Malta.”

They are not the only ones moving in. In the 12 months to the end of June 2018, the island attracted 330 applications for citizenship under its Individual Investor Programme (IIP), a citizenship by investment programme that attracts a growing number of wealthy people to the island.

“We are definitely seeing more work for high net worth individuals coming to Malta,” says Bonnici, “whether that is business owners looking to make Malta their home and run their businesses from here, or very wealthy private clients. We are seeing more mobile clients in their forties and fifties looking for a place to live that is within the EU, with good connections, and then moving their families and setting up home here.”

Interestingly, government statistics show that applications for citizenship are now less likely to come from Europe, which accounted for 62 per cent of applicants in 2015 and 43 per cent in 2018, while the interest from Asia has sky-rocketed. A third of all applications were from Asia in 2018, compared to just 9 per cent three years previously.

“There are quite significant numbers applying for residency from Asia,” says Bonnici, “and those are middle-class clients looking to become resident in the EU.”

Such moves are driving a boom in the Maltese property market. Under IIP, applicants are obliged to invest in residential property in Malta, either by acquiring a home worth more than €350,000, or by leasing one with an annual rent in excess of €16,000. Since the scheme launched in 2014, 105 such properties have been bought and more than 700 leased, according to the government’s annual report.

“We are very busy on the property side,” says Annalise Micallef, a partner at Micallef & Associates, an established practice of notaries and estate planners in Malta. “The prices of property in Malta have increased steadily over the past months indicating a very healthy property market, and there are lots of individuals investing in real estate, which is a clear indication of confidence in the local property market. A number of prestigious high-end developments are now envisaged in Malta, so the direction of development in the island is very much geared towards catering more and more to the high-end market.”

Micallef is a former governor of FinanceMalta, set up to promote the island as an international finance centre. She says the government is constantly driving innovation in different financial sectors, with many efforts currently geared towards putting a robust regulatory framework in place for blockchain, with Malta even earning the name ‘blockchain island’ thanks to its regulations. The island has already attracted the two largest crypto exchanges, Binance and OKEx, and last year ZBX also opened an office in the emerging hub.

Micallef says: “The government is working hard to facilitate new types of business, pioneering in blockchain, pushing innovation in FinTech and driving progressive legislation. All of that makes the island more attractive to new investors in these areas, who are increasingly choosing, for a myriad of reasons, to operate at least part of their businesses from Malta.”

Having already had such success in the gaming industry, few would bet against Malta’s politicians making an impact in blockchain next and continuing to attract new business to one of the world’s smallest countries.