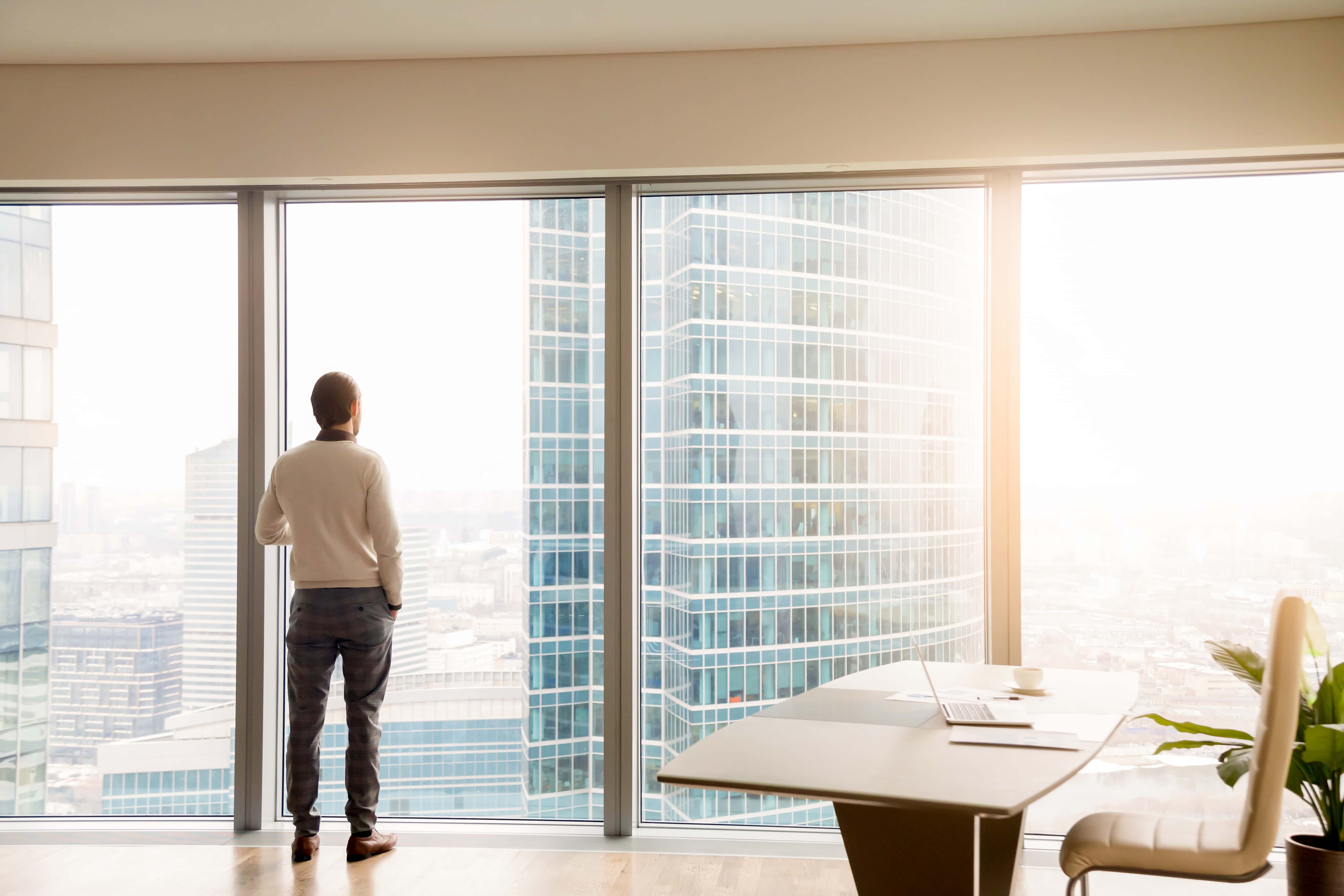 As family structures become increasingly complex, the opportunity for sibling jealousy and bitterness to fester and arguments to brew, is ever increasing. For the UHNW, whose assets and wealth is often held in a trust, the result can be a trust dispute. Whether that be a dispute about investment returns, or between family members over who is appointed as trustee. It could be a dispute over a family member being removed as a beneficiary, or perhaps even in the context of a divorce where an ex-spouse seeks to receive a lump-sum from assets held in trust; it’s certainly a fertile ground for litigation, as disputes lawyers offshore and onshore can attest to.

When drawing up a trust structure, “the prospect of divorce is never far from the mind, these days, of the settlor or the draftsman”, said Chris Hards, senior associate in Ogier’s Guernsey private wealth team. “A successful claim against trust property, has the potential to deplete assets and thus the anticipated benefit to future generations.”

With that in mind, asset protection structures are established in a way to reduce this risk. Examples may include, “ensuring that spouses of the beneficiaries are not themselves beneficiaries and limit the beneficiaries’ rights to both trust assets and trust information so far as the law permits”.

A further layer of protection is being added by way of pre and post-nuptial agreements to set out the circumstances upon which trust assets may be considered in any future settlement, explained Chris. “The extent to which such agreements may bind trustees in the future remains to be seen but, in theory at least, it is an added layer of protection further minimising the risk of trustees’ involvement in litigation.”

A recent case Daga v Bangur, is a cautionary tale for those attempting to prise money from a discretionary trust. In this case a husband made a claim against two discretionary trusts of which the wife was the settlor and a beneficiary, with combined assets equivalent to £17.5million. No distribution had ever been made from the trusts which were incorporated in Saint Vincent and the Grenadines but the husband sought a lump sum order and asked the judge to give ‘judicious encouragement’ to the trustees to distribute to her the funds with which to pay it. The claim failed as the Judge, Mr Justice Holman, found that the trust funds were not an available resource to the wife and that whatever order the Judge might make, the trustees were highly unlikely to make funds available to benefit the husband. Unfortunately for the husband, he had spent all his savings of £150,000 and more, leading to large debts with the cost of litigation over finances between the parties at almost £650,000.

Mr Justice Holman declared: “I perfectly understand, and, indeed, have some sympathy with, the frustration that one party of no, or only relatively modest means must feel when he or she is aware that there is great wealth on the other side of the family, but is unable to tap into it even for the purpose of buying a home.  But this tragic and destructive case should stand as a warning to those who would embark on expensive litigation which they can ill afford in the hope of prising money from a discretionary trust.  A very careful and cool appraisal needs to be made at the very outset as to how realistic a prospect that really is.”

When a dispute occurs over who should or shouldn’t be the trustee, the advice is as follows. “A common situation is where one member of a family has the power (for example as protector or settlor) to hire and fire the trustee. Where the family is itself in dispute, the exercise of that power of removal and appointment can be seen as a nuclear option for one faction to look to take control or scupper envisaged trustee decisions”, described Nigel Sanders, partner and trust litigator at Walkers in Jersey. This can turn into a tug of war between different groups of beneficiaries making “polar opposite demands”, Nigel explained which would be: “Hand over the reins versus stay and protect the trust.”

In such circumstances, the decision in Representation of Jasmine Trustees Limited and In the Matter of the Piedmont Trust and In the Matter of the Riviera Trust underlines the importance for trustees to undertake robust due diligence when being requested to transfer a trusteeship to a new trustee and how, if there are concerns over the proposed successor, it should consult the adult beneficiaries, and if no consensus is found, then seek direction from the Court. In this particular case, the protector pushed to get his way on appointing new trustees and new protectors of two trusts and failed all round. Whilst the old trustee did what it could to get information to be comfortable about the change the incoming trustee failed to provide diligence and because the family were at war, (the father and two sons on one hand and daughter on the other) there was a differing of opinion leading to proceedings being brought.

“Not only will a diligent approach by the trustee in the firing line protect it from allegations that it has not fulfilled its own fiduciary obligation to ensure that any incoming trustee is a suitable party in whom to vest the trust assets but it might also bring the warring family to the table and avoid litigation over whether or not the removal and appointment is valid”, commented Nigel. Trustees are increasingly cautious in their dealings and often turn to the courts to approve their actions, thereby “protecting the trustee from future action by a beneficiary or successor trustee saying the decision was a breach of trust”.

What does this all mean in monetary terms, we asked Nigel. “A simple application to get a change of trustee approved could be as little as around £50,000 but a full blown multi-party bust up over who should be the trustee or challenging an appointment will run to £100,000s – potentially that could be per party and so have the risk of becoming very expensive”.

In some situations, trusts can exist in name only, explained Philip Sinel, founder and Managing Partner of Sinels Advocates, a litigation law firm in Jersey. “There have been so many cases, historically involving banks, where a trust exists but is really just a wrapper either for a disparate portfolio of investments or for a patriarch’s trading enterprise.”

In this instance, a wealthy businessman might put a trust and companies over the top of his trading operation, sometimes supported by the trustee’s parent bank. Conflicts may arise as “the different parts of the business need cash, so in order to get paid, may need to squeeze assets out of the trust or it may seek to tie the trust into exclusive agreements by way of loans or investment advice when the trust’s affairs would do much better if arms-length lenders and advisors had been used.”

Perhaps even more worryingly, the trustee and its parents may regard the patriarch as their client, ignoring their legal position and duties to protect the trust assets for the benefit of all the beneficiaries, explained Philip. This can often lead to “Trouble breaking out towards the end of the patriarch’s life when the second generation start taking a good look at what has happened to the trust assets – they often criticise the trustees for being overly indulgent and not adding what the trustees are supposed to add, namely an objective and prudent set of controls, with a view to preserving and enhancing the trust assets”.

He believes that to avoid a groundswell in litigation, there needs to be a return to old-fashioned models of trusteeship, rather than more recent examples where they are more like commercial vehicles.

Significant rise in trust disputes: 80% use mediation but timing matters

Traditionally, trust disputes were resolved through court proceedings because the administration of trusts is subject to the overriding supervisory role of the court to protect the interests of beneficiaries, explained James Sheedy, senior associate at law firm Baker & Partners. However, “In many of the offshore jurisdictions, trust proceedings are often held in private and so there may be very little difference to arbitration proceedings, albeit that cross-border arbitration awards are far more readily enforced than court judgments.”

For those considering or already in the midst of a trust dispute, they might take comfort in the fact that “mediation resolves around 80 per cent of cases”, said Philip. Furthermore, “it does have the potential to yield more in terms of a meaningful outcome and a lasting peace than traditional litigation”, said James. Yet he cautioned “Timing can be an important factor with mediation: too soon and the parties may not fully understand their position; too late and positions may be so entrenched, or so much money may have been expended, that a resolution by mediation is impossible.”

If you are looking for a trust litigator, visit the Leaders List to view the profiles of recommended individuals and read reviews left by peers and clients. You can also leave a review for the individuals mentioned in this article by clicking on their name and visiting their profile.