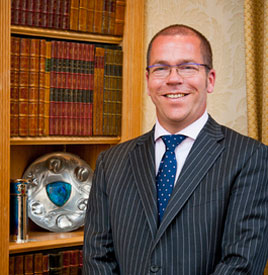 A major financial centre and a strong trust industry complement one another. I would keep the City of London strong by resisting too many politically driven banking changes. Measures such as forcing banks who are tax resident in the UK to pay an extra 8% corporation tax can only weaken the sector.

The non-dom changes were pre-Election Labour Party policy now stolen by the Tories which George Osborne probably thinks will help his appeal to the centre ground of UK politics, hence will help his ambition to succeed David Cameron as PM. In the long run, the economy will pay a high price for Mr Osborne’s career ambitions.

The 2015 Summer Budget was a triumph of politics over economic substance. The IHT changes for the family home will further distort the economics of the UK housing market, to give but one example. Also, HMRC will be tripling the number of “wealthy evaders” it pursues for prosecution, even if there aren’t actually three times as many who deserve it. To top it all off, they will now extract money directly from people’s bank accounts, thus, perhaps, motivating them to keep their money somewhere else.

Initially Mr Osborne’s personal stock seems to have risen both with the bookies, as regards who will succeed David Cameron, and with the Tory Party. However, it may well prove that this wasn’t the right timing for that.  What may matter more, in the long run, is whose stock is riding high when David Cameron stands down as PM and the Tories will have to decide who should replace him.  By that stage, some of the shortcomings of the economics of the Budget may be becoming apparent and Mr Osborne could regret the problems inherent in this Budget.