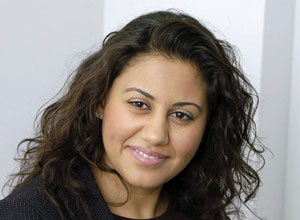 Who are the most important players in the field of Islamic finance in London?

Whilst a number of conventional banks do take an interest in Islamic finance, the most important players in this market in London continue to be the Middle Eastern and South East Asian lenders and financial institutions. The biggest flexibility in offering Islamic finance products tends to come to those lenders who have ring-fenced sharia-compliant capital, and lenders in the Middle East and South East Asia typically have the client base, client demand and client deposits to support such a lending model.

There are a number of lending structures which are considered to be sharia-compliant, with those most frequently used in the debt market being the ljara lease structure and the commodity murabaha structure. The ljara lease structure can be used in various permutations and involves the grant of a financing lease under which rent is paid to service amounts due. The commodity murabaha structure is a deferred payment arrangement, where one party sells a commodity to another for a price which is the sum of its costs plus an element of profit. This price is then paid by the buyer to the seller over a period of time. There are a number of key principles which underline all Islamic financing models. These include the prohibition of riba, which are unjustified rewards or unlawful gains; the prohibition against gharrar, which is uncertainty, risk or speculation; and that the underlying asset must be tangible and acceptable in accordance with Islamic principles.

Islamic financial institutions operate in the same markets and in the same financial climates as conventional lenders, and in some cases even compete for the same business. Islamic lenders and conventional lenders face the same risks if defaults occur in emerging economies, although some argue that Islamic lenders tend to take a more conservative lending approach and can therefore be, by the nature of their lending policy, less exposed.

What else should ultra-high net worth individuals know about Islamic finance?

Islamic lenders are increasingly becoming more competitive players in the market and even if an ultra-high net worth individual is not interested in Islamic finance for ethical reasons, they may still find it economically viable to consult with Islamic lenders when looking for debt. From the point of view of an ultra-high net worth individual, the risks associated with sharia-compliant debt are synonymous with those associated with conventional debt. In addition, Islamic financial institutions tend to be very relationship based, as it’s often the case with the cultures in the Middle East and South East Asia, and those lenders can therefore offer a personalised, high-end service.