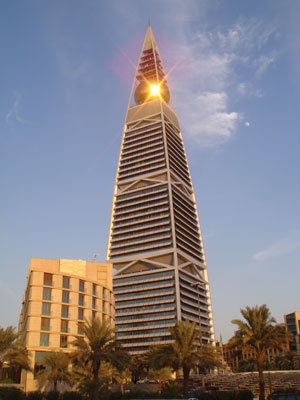 Investing in business outside of the UAE is taboo and can have serious consequences for high-profile individuals.

Can you define political risk for Middle Eastern clients?

The main political risk comes from the frictions between Sunni and Shia Muslims. On the Saudi side of the Gulf, Sunnis are the majority whilst on the other side, Shia Muslims are predominant. Syria, Lebanon, Iraq, and Yemen are among the countries that are the most affected by this ever-present threat.

However, investing money abroad is a very controversial issue here. It is almost a political act and it can have serious consequences, perhaps apart from buying properties. It can be a real problem expecially for a member of ruling family because they are expected to put their money where their mouth is, show their support and faith in their country, and invest here.

Curiously, foreign investing is less taboo for the Qataris who make no secret of buying football clubs, Harrods’s, or big chunks of London.

You say the Middle Eastern UHNWs move part of their wealth abroad. Where the money goes?

Apart from the Western European capitals, Middle Eastern UHNW clients invest mostly in Asia and Africa. The latter is a particularly attractive market as the continent needs to completely rebuild its infrastructure, telecommunications, or technologies for mineral extraction. Historically, Emiratis have built their countries from scratch in the desert and have done so in a few decades, so they have essential knowledge that can benefit Africa.

Tell us about America and the Middle East. The historic and ongoing political underworld.

The relationship with the United States is still very good, despite what the media say.  Emiratis know that buying trophy properties in New York or other big American cities is better than having money in the bank.

I’m confident oil prices will rise again as the world recovers. China and India are industrialising rapidly and their need for fuels will generate a massive demand.

What trends do you see in the Middle Eastern market for UHNW’s that you could tell us about?

With global diversification comes realisation that the UHNW individuals must start to plan. Many are first generation wealthy and need to plan how to manage their assets. In the Middle East it’s quite simple as inheritance law is based on Sharia, so the succession is automatic, and there are no taxes.
However, Middle Eastern wealthy need a professional wealth management advice outside of the region.

The Middle East is a rapidly growing market despite the proximity of the Syrian war that has a remarkably low effect on day-to-day life. Domestically, Emiratis invest mainly in property and retail, developing the cities, new commercial trophy office blocks, massive megamalls, and infrastructure.