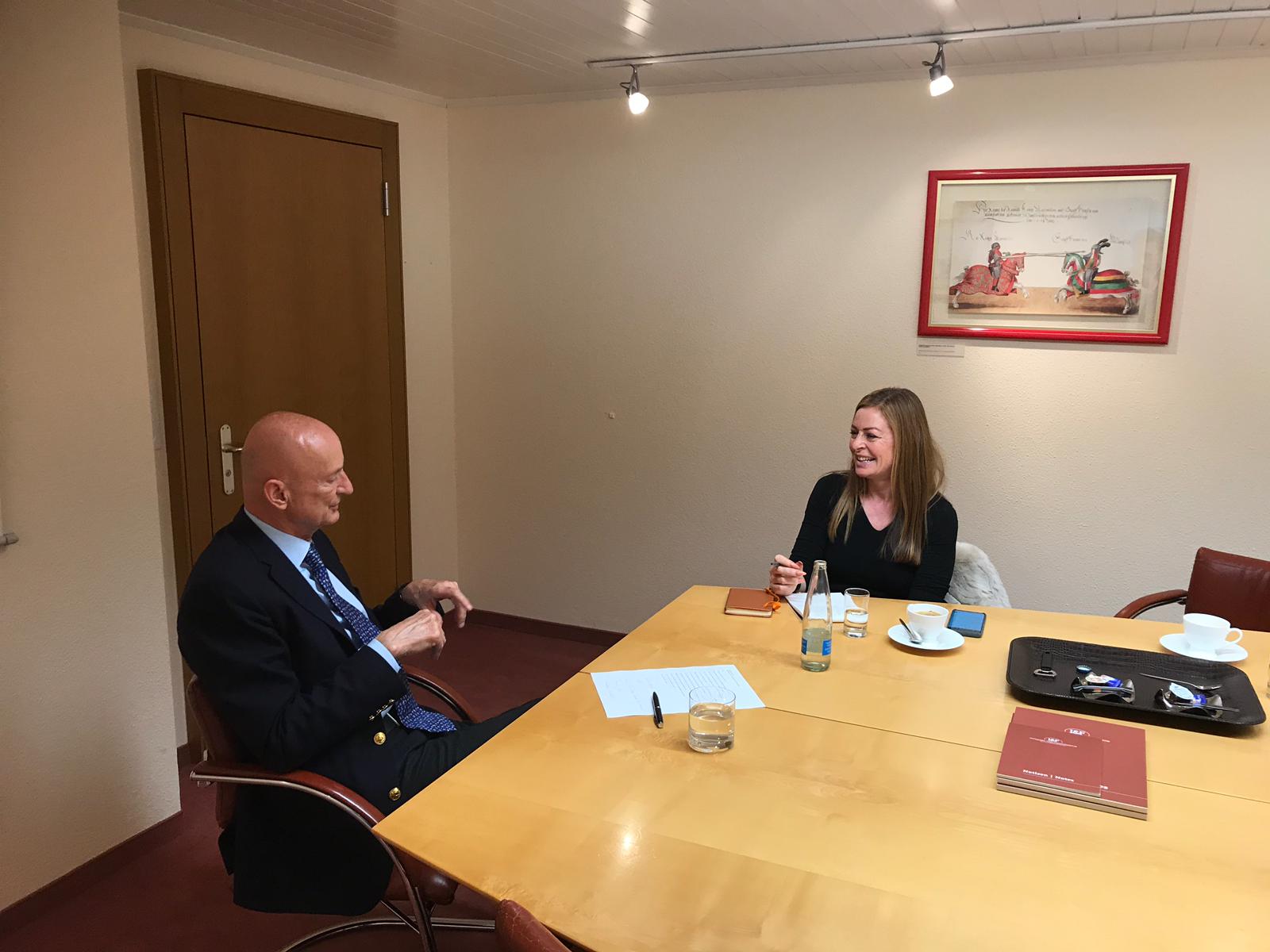 Prince Michael of Liechtenstein is Chairman of Industrie- und Finanzkontor Ets., a trust company with a tradition and expertise in the long-term and trans-generational preservation of wealth, especially family wealth. Furthermore, he is the founder and Chairman of Geopolitical Intelligence Services AG, a geopolitical consultancy company, and information platform.

With a population of nearly 38,000 and a rural, alpine landscape, the Principality of Liechtenstein which is part of the EEA applying certain EU laws and within the EU internal market, and whose capital is Vaduz, sits on the Rhine between Switzerland and Austria and is the sixth smallest country in the World. Liechtenstein as a business centre has financial services and a high quality of life for citizens with the highest GDP per capita in Europe. Thirty large companies employ around 8000 workers, while a further 30,000 people work in foreign branches of companies based in Liechtenstein. Liechtenstein has a long-standing customs and currency treaty with Switzerland and a membership in the European Economic Area (EEA), which provides access to the European Union market. 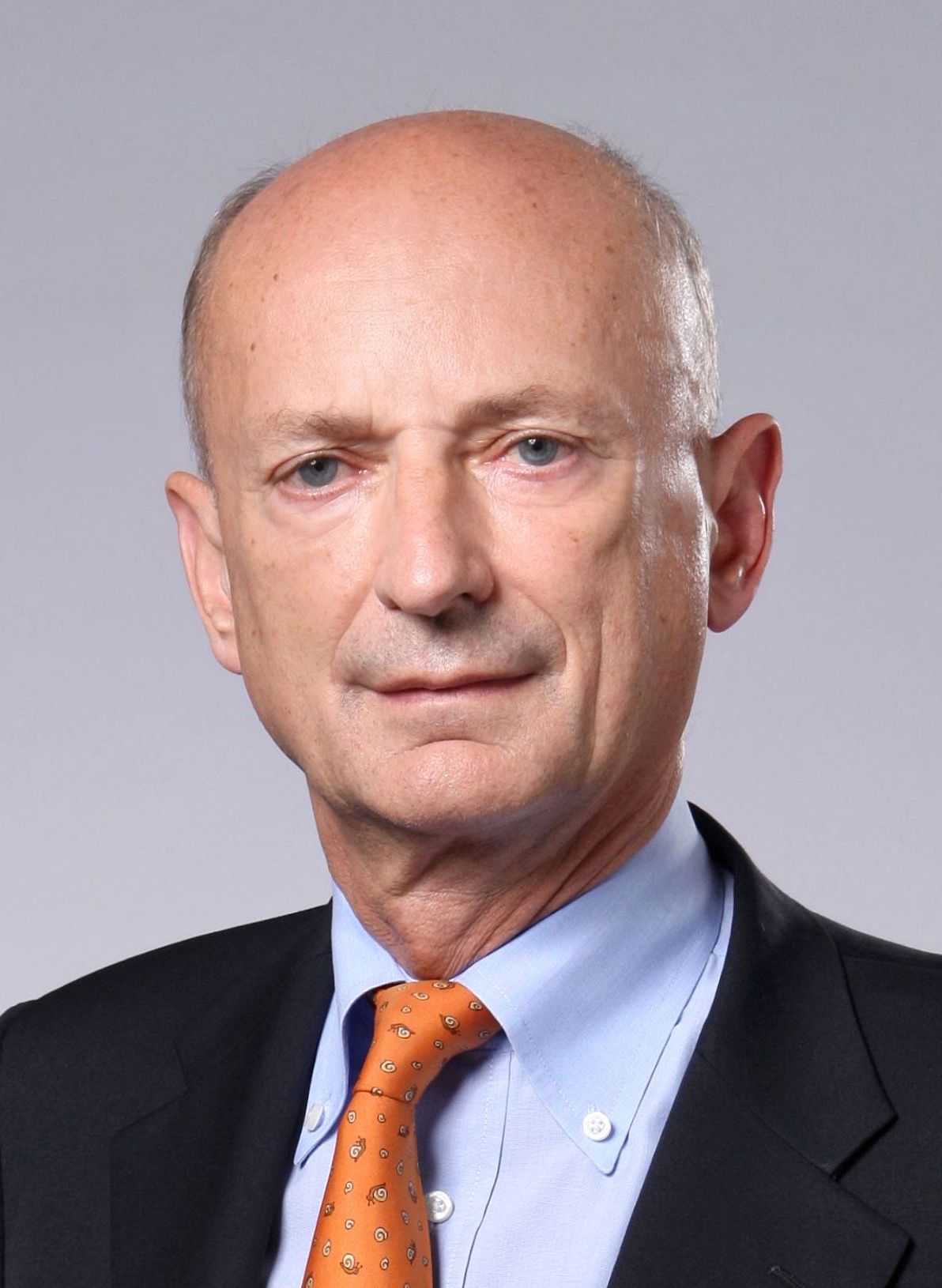 As, the rise of Crypto and Blockchain hit the global consciousness, particularly in neighbouring Switzerland, Prince Michael of Liechtenstein, Chairman of Industrie- und Finanzkontor Ets., a privately-owned trust company with a specific expertise in wealth preservation, spoke to Karen Jones, Citywealth, Editor about the plans to attract tech organisations to Vaduz and his interest in this emerging market.

To qualify, Prince Michael’s credentials, his interest in cryptocurrencies was raised when in 2013 the US treasurer declared Bitcoin ‘dangerous’.  At that stage, Prince Michael decided to enquire about cryptocurrencies and then realized that the underlying Blockchain-technology was a development with enormous potential for disruption.

I saw you are a headline speaker for the Swiss Blockchain Summit. Where does your interest come from?

My interest in Blockchain was from a logistical point of view, since the decentralized Blockchain technology could replace traditional methods, Prince Michael explains. Observing the financial industry for many years, I saw it as burdened with bureaucracy and regulation. The potential to replace institutions with technology for instance in payment systems. I understand that new technologies raise fear in the beginning and many might be against the rise of Blockchain at first sight.

The application of Blockchain in the financial industry will require some regulation.  However, regulators sometimes are more concerned about what can go wrong instead of looking at the opportunities. As Liechtenstein has done, regulatory laboratories are necessary to test regulations. It is important to work with the industry and start-ups in order to understand the system and to make the opportunities visible.

You want to attract tech start-ups. What should they know?

The Liechtenstein Government favors the development of Know-how in Blockchain in Liechtenstein and became a pioneer in developing a law on Blockchain in the financial industry. As a liberal country, Liechtenstein sees its role in providing the right framework. There is a Technopark in Vaduz that supports start-up companies by providing office space and infrastructure. Liechtenstein is also part of the Technopark-Alliance-Network Switzerland, the number one location in Switzerland for the transfer of technology from academia to practice.

Tell us about the law in Liechtenstein and how it helps entrepreneurs?

Beside having initiated a law to regulate tokens, cryptocurrencies and ICOs, Liechtenstein’s legislator has also created a new legal instrument called LVC (Liechtenstein Venture Co-operatives). The LVC is a legal offering to support inventors and investors through a weighted mutual reward system which includes intellectual property.

We have a consultation in the pipeline for the regulation of Blockchain, Crypto and ICO’s. It is being discussed in Parliament in the first quarter of 2019.  The law describes the important features such as tokens, cryptocurrency and ICO’s in detail and the Liechtenstein Government describes the functionality of the new system. Anti-money-laundering and compliance are paramount and the law focuses on quality and security.  In this process, we want to attract qualified, proven and skilled people to our eco system.

Liechtenstein has a population of around 38,000 people and it is one of the few countries that has nearly half of its workforce in the manufacturing industry. These are all high-value-added businesses. With its 38,000 inhabitants Liechtenstein depends on the workforce from Austria and Switzerland. Even though, we still need to attract talent from afar. Getting residency in Liechtenstein relies on selecting the right skilled people for the country and economy.

Blockchain will bring a big change to the financial industry and will affect the custody and payment sector. Maybe in the future, these functions will be kept separately from the banking industry. And it is a good opportunity to increase efficiency. I see a future like the African system with peer-to-peer transactions and security. However, the banking system will still play an important role in financing. In the case of private banking, the personal advice will certainly remain essential. The token will get a place to secure property rights and ICO’s can be useful, mostly for financing in smaller scale ventures.