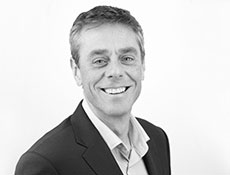 Stuart Kightley, partner and head of Personal Injury department at Osbornes, talks about his high-profile cases.

Personal injury claims generate great sums of money. Where does it go to?

Compensation levels are relatively low in the UK and the majority of claims settle for a few thousand pounds. The high value cases are those involving serious injuries resulting in disability, and where people have long term future care needs and losses.

For low value cases, most of the money will be used to compensate the client for their injuries and past financial losses, such as lost earnings. For higher value cases, the majority of the compensation will be for future losses.

UHNW individuals will often have a substantial claim and need specialist medical and professional experts to calculate their past and future losses, which can include loss of earnings or loss of business, handicap on the labour market, loss of pension and loss of bonus.

We regularly act for HNW individuals who are seriously injured, often in road accidents.

One case we recently settled involved an entrepreneur who sustained a mild brain injury when he was knocked off his motorbike.  He was still employable but had lost his drive and his edge in business and had to take less well paid work.  We built a case with the help of forensic accountants and the case settled for over £2m.

I acted recently for a US economist who suffered a serious back injury in a train crash. He lost the last years of his career as a result of the accident and his losses were complex, but the case settled for over £1m in compensation and insurance claims.