Half of world’s total business aircraft in USA 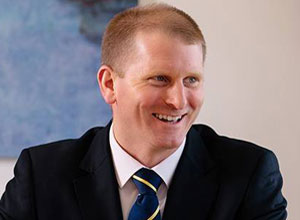 Nick Walker, head of marine and aviation at JTC, says the USA remains dominant with approximately fifty percent of the world’s total business aircraft, with a large concentration in the mid to large jets.

What jets do UHNWs purchase?

Both fixed wing and rotor aircrafts are popular with entrepreneurs who are increasingly buying pre-owned jets for use either in their business or for charter. Chartering offers convenience without the cost of ownership and these days its easy because there are many charter service companies. The downside is that you don’t get the familiarity and consistency of travelling in your own jet with its own crew, which some people prefer.

Apps seem to be increasingly popular. Are they useful or a gimmick?

This appears to be a growing market and is no longer just the reserve of the UHNW. If you analyse the prices for lower cost empty legs, they can often be similar to scheduled airline seat prices.

USA startups offer an all-you-can-fly private jet service for a fixed monthly fee. Do you see this as a trend?

Surf Air who offer a service like this will launch in Europe in the near future and Europe and the UK already have exposure to chartering and ownership apps, such as PrivateFly so it would seem inevitable that there will be more of these services appearing in the coming years.  It is a combination of more affordable and accessible private jet travel and user-friendly apps.

Tell us how UHNW clients use their jets.

It is not unusual for a jet owner to own more than one aircraft. Typically, this might be determined by use and range, for instance regional versus international travel. Some clients also like to have a smaller aircraft which they can fly themselves. Often celebrities might have an aircraft for themselves and their families and then an entirely separate aircraft for their entourage.
How much money do your clients spend on a jet?
For the big three which include Bombardier, Gulfstream and Dassault Falcon, clients can typically spend $30-65m for a brand new, fully equipped aircraft.

Further trends in the sector?

The USA remains dominant with approximately fifty percent of the world’s total business aircraft with a large concentration in the mid to large jets. The Middle East also has a big focus on the mid to large sized business aircraft. China has cooled but is still worth keeping an eye on and we’re also seeing growth in South America. Closer to home, we have the newly launched Jersey Aircraft Registry, with online registration system.