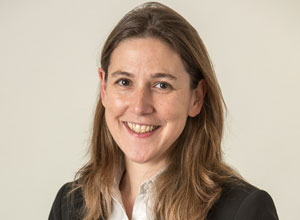 Alex Ruffel, partner at Berkeley Law, also says that although many Middle Eastern UHNWs fear they will eventually have to flee the unstable region, they are still waiting to see how the political situation develops before making a decision to relocate abroad.

What changes in UHNW immigration have you seen?

There is growth in the number of Europeans relocating to the UK, particularly from France. Initially, they were UHNW families and individuals reluctant to pay French taxes that threatened to be up to seventy five percent on dividends. But the most recent wave consists of entrepreneurs, particularly in the tech industry, who are attracted by the relatively free trading environment, access to capital and the corporate tax environment. We continue to see a steady flow of Russians, particularly those who fear for their personal security and privacy after the advent of the Common Reporting Standard. As for the Chinese, there were fewer UHNW applicants over the last two to three years, primarily due to changes to the UK investor visa.

Has the Syrian crisis caused any change?

The threat of extremism in North Africa and the Middle East has prompted a surge in visa applications from individuals from those countries. In particular, during the rise of the Muslim Brotherhood, a number of Coptic Christians moved to London from Egypt. The instability caused by ISIS and concerns over the relationships of Iran and Saudi Arabia have also led to tentative enquiries.

What trends do you see internationally?

Clients are asking for second passports for those from less stable regions and countries, in particular Russia and the Middle East. This is driven by fears that they may have to flee in the event of civil disorder or conflict in their home country and if they do need to leave, they may not be able to travel on their existing citizenship.  Almost all countries, including the UK, require strong family ties or a fairly long period of residence before they will grant citizenship but there are a small number that have a citizenship by investment programme, including Malta, St Kitts and Nevis and Austria.