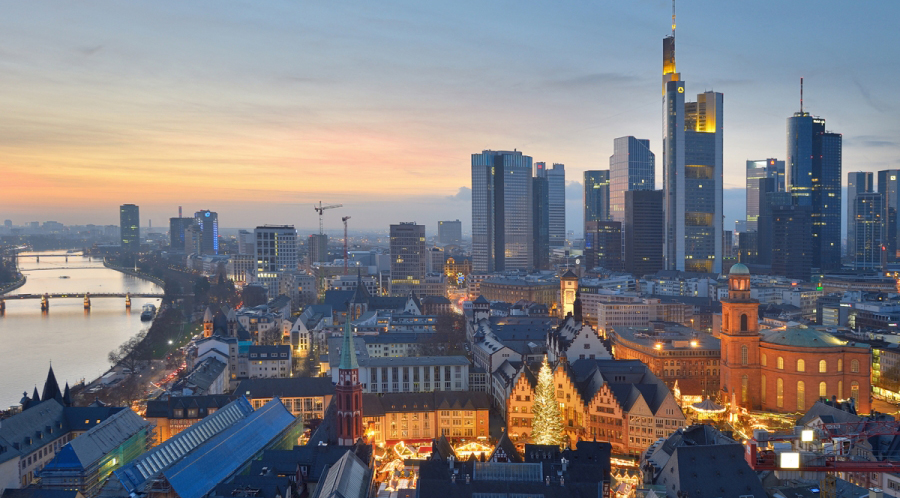 Germany, with a domestic economy driven by family businesses, is in the media spotlight as the major Brexit benefactor. But with UBS changing their stance on their move of a thousand bankers to Frankfurt, Citywealth decided to test the temperature as the dust settles on the Brexit referendum to see if Germany will benefit long term. London experienced something similar at the back end of 2009 as a drift of hedge fund managers moved to Switzerland because of regulation to find many of them change their minds and return to London as the reality of a different life and culture hit home.

Gabriel Spirig is head of distribution and business development for Northern Europe at Lombard International Assurance which offers life assurance for succession planning and wealth structuring aimed at UHNWs, and he confirms that movement to Frankfurt will happen as many fear: “Having followed the conversations and developments taking place in our own industry, we expect to see a portion of the financial services industry to relocate to Frankfurt.”

Following broadsheet and Reuters reports, it is clear some UK financial jobs have already relocated to the EU and will continue after March 2019, but the forecasts vary. According to a report by consultancy Oliver Wyman, who was commissioned by The CityUK to provide some accuracy around the topic, up to 75,000 jobs in banking and insurance will be lost to the EU after the divorce papers are finalised.

Dominik Moulliet who is head of private banking and wealth management at Deloitte Consulting Germany adds that, as most professional services firms agree, it’s hard to predict the post-Brexit future of the private wealth industry. “The uncertainty surrounding the outcome of Brexit talks is driving companies to devise varying strategies. What we can say for sure is that things that have been taken for granted for a long period, such as easily attracting talent from outside the UK, operational efficiencies across borders and supported by international hub-structures, ease of capital flow and very limited risks for investors to diversify across legislations, currencies and holdings, to name but a few, will all be impacted negatively.”

However, Moulliet adds an interesting point that flow isn’t necessarily one way: “European players in the financial services sector are applying for UK banking licenses and vice versa. Prior to the Brexit announcement, those additional licenses weren’t necessary so this has triggered a focus on obtaining new licenses, adjusting to the requirements and keeping operations running smoothly, rather than opening up in new markets. Brexit is largely considered a legal and regulatory challenge. Where it is already adding some pressure though, is the real estate market in the Frankfurt metropolitan area, both for commercial and residential properties.

Overall, Moulliet sees a trend to detangle international operations with the impact of increased costs and pressure on profitability. “The traditional advantages of the UK, such as its strong capital markets infrastructure, have led to strategic sourcing decisions in the past. However, they are now being revised. Regardless of specific financial services, this will mean jobs will have to move from the UK to other European countries.”

Is there an EU opportunity for everyone?

The short answer is no. Outside of the private wealth management industry, John Hammond, partner and head of UK Desk at law firm CMS Germany, says there is more to consider: “The German private client market is already sophisticated and well developed. There are also some significant differences in the way wealth holdings are structured which limits the opportunities for UK advisers. Family trusts, for example, are not recognised under German law and so cannot hold German assets directly in the way a UK trust can. Assets would more commonly be held through family foundations or Stiftungen. It is going to be difficult for UK private client advisers to get a foothold in the German market.”  However, Hammond also says that the arrival of UK services is likely to have a positive impact on the German market because of the entrepreneurial spirit that exists in the mindset of the British. “UK advisory firms are well-known for being innovative and more proactive in the way they go to market than is typical in Germany.” Which throws perspective on how much smaller and domestic the Germany financial services economy is compared to the international spirit alive in London.

According to Hammond, some investment banks have already announced moves to secure their position in the EU by expanding their Frankfurt operations, such as UBS and Goldman Sachs but leading players in the market are already operating out of London and within the EU so he is not expecting to see any new wave of openings. “However, there may still be other advisers who will, as a defensive move, make sure they can continue to advise their clients within the smaller EU 27 after March 2019.”

Hammond also points out that across the financial industry generally, many firms have been waiting to see how the talks progress and gauge whether a deal will be in place, final or transitionary, which would allow them to continue operating as they do now. “However, the prospect of such a deal looks increasingly unlikely and so we expect institutions and advisers to start implementing contingency plans from the end of this year,” he adds.

Many financial service providers, including private wealth firms, still seem to be in a wait-and-see-what the-details-will-look-like mode. “While this might well be a natural way to treat uncertainty in the short-term,” concludes Dominik Moulliet from Deloitte, “experience has taught us that only companies that approach changes in a disciplined and structured way will be the eventual winners.” Which for any with a betting mind or into stereotypes might suggest that the Brexit effect may surprise us all with a move from Germanic spirited operations into London. Only time will tell.