Fifteen owners invested in a champion sprinter bought for 22,000 guineas and sold for GBP 2.4 million 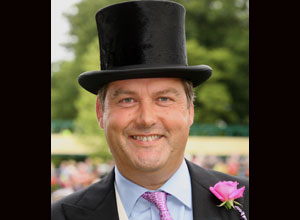 The Hon. Harry Herbert, racing manager of Highclere Stud, shares his views on the bloodstock markets and advises on how to invest in racehorses.

Is bloodstock a good investment for UHNWIs?

Investing to breed racehorses can be a very good investment provided that the right advice is taken. The investor must also have enough mares to make it a worthwhile venture and ideally to trade at the top end of the market. Personally I have been very lucky as I own a third of one mare called Model Queen who was bought by my brother-in-law John Warren for 90,000 guineas. Her offspring have sold for over £2,000,000. Owning racehorses should very much be treated as a fun pastime with the occasional big return if you are lucky. Some of our Highclere racing syndicates have raced and sold champions and these animals are immensely valuable. Our first champion Lake Coniston was champion sprinter – he was bought for 22,000 guineas and sold for £2,400,000 so his fifteen owners had an amazing return. Likewise, our recent world champion, Harbinger, was bought for 180,000 and sold for over £5,000,000 so windfalls do happen.

Who are the big horse buyers?

The biggest horse buyers come from the Middle East. Sheikh Mohammed, the ruler of Dubai, is the biggest investor in the sport but more recently the Qataris have entered the marketplace which has been good for the industry. In Ireland, John Magnier, owner of Coolmore Stud continues to be the most successful player on the world stage. He owns and stands Galileo, the most prepotent stallion in the world (prepotent means he passes on his successful genes). If you sent your mare to him it would cost over €300,000.

Why do the ultra-rich buy horses?

Horseracing is the sport of kings and has always attracted the wealthiest people. It allows people to mingle in the parade ring and compete with royalty, rulers and international celebrities. Whether you have a share in a syndicate or are an individual owner you can potentially compete at the highest level of the sport if you have the right horse.

How does this traditional industry embrace new technologies?

Racing embraces new technology all the time. Trainers are starting to use new systems to monitor horse’s health and overall fitness such as heart rate monitors, treadmills and spas. A lot of money is also invested into veterinary science and Britain is a world leader in this through the Animal Health Trust and other scientific bodies. Bookmakers are constantly developing new betting platforms allowing punters to bet through their iPhones, tablets and computers. The racing and breeding industry employs around one hundred thousand people in this country alone so investment at every level of the sport in technology is essential to keep the industry moving forwards.

What is the highest price you’ve seen a horse be sold for?

I was working in Lexington, Kentucky, when the first $10,000,000 yearling was sold to Sheikh Mohammed in the mid-eighties. He was called Snaafi Dancer and was absolutely useless but even worse was to come because when he was retired to stud he ended up being impotent.

What are three most important things to know when buying top-end horses?  What should UHNW clients be aware of?

Buying racehorses is a minefield so it is essential to employ a well-respected bloodstock agent to advise you every step of the way. The British Horseracing Authority can provide a list of the top agents and trainers. If you want to put your toe in the water to begin with it is much better to buy a share in a syndicate. As an example, our syndicates usually have between ten and twenty shares and start at around £8,000 per share and go up to approximately £40,000, depending on the purchase price of the horses and the number of shares in the syndicate.  If you want to buy your own racehorse it is important to know the costs involved because they will be substantial. The average price of a yearling is around 50,000 guineas (around £52,500) and it then costs approximately £30,000 per year to have your horse trained so you need to be prepared for some hefty monthly bills.
Should you hit the jackpot and have a good horse, these animals are valuable. For example, earlier this year we sold one of our horses to a Hong Kong buyer for £1,500,000 having bought him for 120,000 guineas (around £126,000). There is no capital gains tax or tax on prizemoney owning racehorses so if you do hit the jackpot you keep the lot.

What trends do you see in bloodstock market?

The market at the very top end is highly competitive and continues to rise but the middle and lower end is showing signs of weakness. Overall the yearling sales were down around seven percent this year for the first time in a long while.