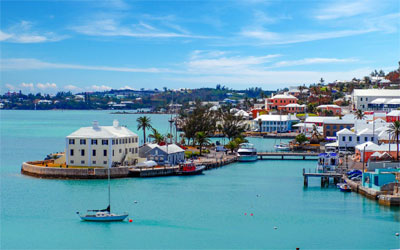 When the political party, ‘One Bermuda Alliance’ swept into power in the elections at the end of 2012, with a slogan of “Putting Bermuda First”, few could have predicted the impact on the island’s private client industry.

Despite providing international trust services for decades, the mainstay of the Bermudian economy has long been its insurance and reinsurance industry with the fiduciary business overshadowed. But with a programme of statutory and legislative reforms, the new government is set on a Bermudian rebrand.

“Bermuda’s reinsurance market has historically overshadowed most industries, including the private wealth industry,” says Philip Anderson, a director with Estera, which is a trust business formed from a buyout of the Appleby group’s fiduciary business. “Now it’s certainly an emerging part of the jurisdiction, and through changes in legislation and industry sector focus, we have been much more active in recent times than some of our competitor jurisdictions. Bermuda can be seen to be moving with the times.”

Three changes to the statute books have had interesting implications, with perhaps the most significant being the introduction of a new statutory Hastings-Bass rule. This is the principle that a decision of a fiduciary can be reversed by the court if it arose as a result of that fiduciary either failing to take into consideration relevant facts, or taking into account irrelevant facts. Hastings-Bass is a long-established principle of English law, but a 2011 case said it required a finding of a breach of duty by the fiduciary. In response, Jersey introduced a statutory variation of the rule, and Bermuda followed suit with its Trustee Amendment Act 2014…To read the full article, please subscribe to our e-magazine.