The Telegraph reported in 2013 that women were now the main breadwinner in forty-one percent of homes in the UK with men stating they were happy to be ‘house husbands.’ This strangely also tallies with the divorce statistics which the UK government published in 2011. They estimate that forty-two percent of all marriages now end in divorce in the UK and the length of a marriage is shorter as time passes. As women take the helm of their personal wealth, Citywealth wondered what this meant in terms of changing trends for settlements and the ‘divorce industry.’  Marcela Kunova investigates. 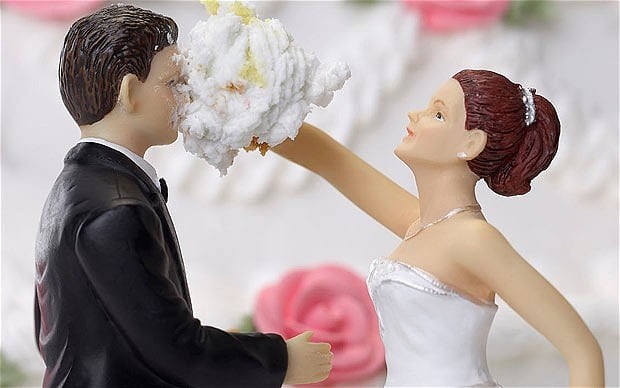 Elizabeth Hicks, partner and head of family team London at Irwin Mitchell Private Wealth, agrees that there are more women seeking advice on divorce now than there were when she started her career over twenty years ago. “Women are much more likely to take advice if they discover that their husband has been unfaithful than was previously the case in the 1990s,” says Hicks. “They no longer accept that a man being unfaithful or having a one night stand at a work conference, is acceptable behaviour.” Hicks confirms there has been a shift in the balance of power from a financial perspective. “I have acted for a number of women who go out to work while their husbands stay at home to look after the children because they can earn more than him,” she says.

Sandra Davis, partner and head of the family department at Mishcon de Reya, adds however that the process of getting divorced can be a surprisingly difficult experience for powerful women. “We live in a culture that still prioritises the role of women in the home,” says Davis, “particularly in respect of childcare. The breakdown of a marriage can therefore be a bitter psychological pill to swallow for the woman that has worked hard to have it all.” Davis adds that, as a result, successful women may have a greater focus on childcare arrangements than might otherwise be the case for their male counterparts.

However, as the numbers of wealthy women who are also financially savvy goes up, there is also a perceptible shift in female financial shrewdness. Jane Keir, senior partner at Kingsley Napley, gives an example of the case Sharp v Sharp, heard in the Court of Appeal in June this year, in which a wife who was considerably wealthier than her husband, succeeded in retaining by far the greater part of her wealth, in circumstances where “she could show that the spouses had not commingled their finances and importantly, she had kept her capital separate.” Sarah Anticoni, partner at Charles Russell Speechlys agrees. “As women’s wealth increases, so has the number of men successfully pursuing financial claims against women. There is a trend to be savvier, keeping inherited and premarital wealth separate to try and ring-fence it,” she says.

Camilla Baldwin adds though, that women can and have been ordered to meet significant financial settlements. However, the divorces of wealthy women still distinguish themselves from the cases where the man is the financial breadwinner, in the value of the capital awards, and also maintenance awards made by the court. “Put starkly,” says Baldwin, “a husband who has worked and supported himself during a marriage, but is not the main financial breadwinner may have less scope to argue for a joint lives maintenance order than a wife might have.”

Whilst the UK courts protect women who are homemakers…

Despite less tolerance from female breadwinners, London, has also helped financially dependent women generate more favourable settlements against men in divorce than in other countries because of the legal ruling in the 2000 White v White court case. “At the heart of these large awards,” continues family lawyer Camilla Baldwin, “is the principle established by the House of Lords, according to which the contributions of the wife and mother are viewed on an equal footing to those of the financial breadwinner. That said, large awards have been made to women even in cases of short and even childless marriages.” Baldwin added that, so long as they can bring litigation here, the financially weaker party, that is statistically still more often the woman, will typically get a better settlement and so will race to divorce in the British courts.

Davina Katz, partner and head of family at Schillings, agrees and adds. “Women bring divorce proceedings in England, because far from being a cradle of gender equality, our legal system inclines to protect women who are homemakers. There are those women who have spent their married lives here and then brought divorce proceedings. There are also women who were actually divorced in another country and then brought financial proceedings in England following an overseas divorce. In both cases, women have benefitted very substantially by seeking the assistance and protection of the British justice system.”

However gender equality in UK courts is becoming a norm

But according to Sandra Davis, since the White v White case, the UK family court has been far more reticent to discriminate between the financially stronger and weaker parties to a marriage, regardless of the gender. As a result, stay-at-home parents have much greater power to negotiate a favourable financial settlement. “Whilst typically we still see this as benefitting women in most cases,” says Davis, “the gradual erosion of traditional childcare roles is slowly leading to a change in this respect.”

Marriage is for Christmas, not for life?

However, Davina Katz doesn’t see these new divorce patterns happening as a result of cultural change or concerns around equality. “It is more the reality that relationships and marriages are unquestionably more disposable than ever,” she says. “Partly because the taboo around divorce has faded, partly because of the insurgence of pre-nuptial agreements which allow couples to make their own law of what is fair in terms of an asset split, and partly because like so much else these days people are bored more quickly and move on.  While the number of divorces in England has declined over the last decade the statistics show that the length of those marriages which have been dissolved in the last decade is growing shorter than it was in the decades before.”

Top up of a different kind…

Debbie Chism, partner at Stewarts also observed that a significant proportion of high-net-worth divorces involve parties from non-EU countries, such as Russia. “In the majority of cases, the proceedings have been instigated by wives. There have also been a number of high profile cases recently involving women who have applied for ‘top up’ financial relief in this country under the Matrimonial and Family Proceedings Act 1984 Part III following their divorce in Russia.”

Elizabeth Hicks agrees with this sentiment which is due to the way the legal system in Russia deals with the financial aspects of divorce. It means many women will try to bring their case to England. “The court here looks at a whole range of factors such as the ages of the parties, the length of the marriage, the standard of living the parties enjoyed, their respective contributions, both financial and non-financial,” says Hicks. “The outcome is usually that it is much better financially for a Russian wife to divorce here than in Russia. The court’s powers here mean they can overturn previous financial settlements and order third parties such as banks or accountants to provide disclosure relating to a husband’s financial affairs or risk imprisonment. The court takes a very dim view of its orders not being obeyed. What this all means is that a wife can ask the court here to try and get to the bottom of the husband’s financial affairs by involving third parties if necessary, which inevitably puts pressure on a husband. The courts here want to uncover the reality of the situation and don’t take at face value husbands saying that they have no assets when their lifestyle clearly illustrates that they do,” explains Hicks.

Whatever the reason for the breakdown of a marriage, the size of a settlement or whether litigation ensues, it seems divorce has become a new norm for women and is a consideration in managing their wealth. Fortunately it seems, with the help of UK family lawyers and advice on pre-nups that their intellectual capital on this topic now surpasses their burgeoning assets.