Courts may put children security to risk with ‘jigsaw identification’ 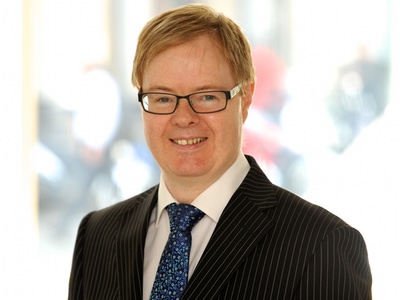 John Darnton, partner at Bircham Dyson Bell, says that the court has recently faced criticism for publishing the facts that can be easily used to identify the family in the case via Internet search.

How can arbitrators help in cases involving children? What are the advantages and pitfalls of using arbitration instead of court when it comes to UHNW divorce?

There has been an increase in use of arbitrators as this allows the spouses to choose the identity of the arbitrator rather than face the lottery of the judicial system, and also speed up the process. Of course no method is perfect and arbitration will not be right for all cases.  Sometimes it would be impossible for the parties to agree on the choice of arbitrator or the exact process to be followed.  On occasions the parties need the authority of a court order, possibly to show to foreign authorities in countries where arbitral awards may not be recognised.

On the other hand, certain proceedings like adoption have traditionally been held in private and quite rightly so. Judgments are routinely published in care proceedings, albeit anonymised so that the identity of the children cannot be divined but so that the ‘process’ is open to scrutiny. In a recent case the court had to grapple with the problem of ‘jigsaw identification’. In that particular case, a reporter informed the court that it was possible, using certain of the facts set out in the publicised judgment as Internet search terms, to identify the name of the family in the case.  The court held that the risk of jigsaw identification was not a reason in itself to withhold the publication of the judgment.

What are the issues around child abduction?

Wealth does not make UHNW clients immune from the effect of international treaties such as the Hague Convention than aims to combat child abduction. Whilst child abduction connotes something sinister, it can sometimes mean no more than the desire of one parent to return home to their country of origin with their children on the breakdown of the marriage.  On occasions the ‘abducting parent’ wants to flee an oppressive or hostile environment, for example the mother and children may have been subjected to violence and fear a return to the family home. Sometimes the mother may be entirely financially dependent on the father and worry that she will be subject to financial pressure if she returns or she may not be eligible for legal aid in the original country and not be in a position to access good legal advice if she returns. There may also be cultural reasons why a forced return would be intolerable.

What happens when the Hague Convention cannot be applied?

We have recently been involved in a case where a mother came to England from Singapore. Both the UK and Singapore have signed up to the Hague Convention but this was not a ‘Hague case’.  The court therefore had to deal with the case on a welfare basis which means that the judge heard much more detailed evidence than he would perhaps normally do in a conventional summary return case.  This evidence of the parties conflicted on virtually every point requiring the judge to make careful research.

We are also acting in a case where the parent seeking the return to the US is arguing that it is a Hague Case but, even if it isn’t, the court should order a return under its inherent jurisdiction based on welfare principles.