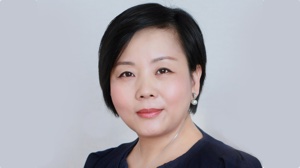 What changes do you see in Chinese UHNW immigration to the UK and the US?

China has the second largest number of UHNW individuals worldwide. Some twenty percent of them have already immigrated, with half of the remaining considering immigrating. The immigration number among the HNW group in China is increasing rapidly. The US is still the biggest immigration destination in the world but there are also more high net worths immigrating to the UK.

What are the gender issues in China at the moment?

Are you in favour of gender quotas for businesses?

Gender quotas are necessary in politics, so that public policies and relevant decisions can be made based on the views of both males and females. Given that gender equality issue is still prevalent, gender quotas for politics will not only solve some of these issues but also contribute to the progress of achieving gender equality. However, unlike politics, I think businesses are driven by interests and a reasonable business will not refuse a person their interests, regardless of whether these are contributed by men or women.

Tell us about passion investment in China.

Chinese UHNW individuals have the appetite for investing in the art industry, especially in jade jewellery, calligraphy, painting and contemporary works of art. However, most Chinese UHNWI’s do not have professional skills to buy effectively and so many have suffered losses. Nowadays, a number of them engage a professional third party to provide such services. As a result, insurance products in this field are developing in China. In addition, art funds are also developing domestically.

What trends do you see in the private client sector?

Private banking is an emerging market in China. Services relating to family succession will develop rapidly. A number of banks and companies are developing their first generation products to satisfy such needs. There is currently no legacy tax that exists in China, however when it is implemented, the trust industry will step into a new spring.