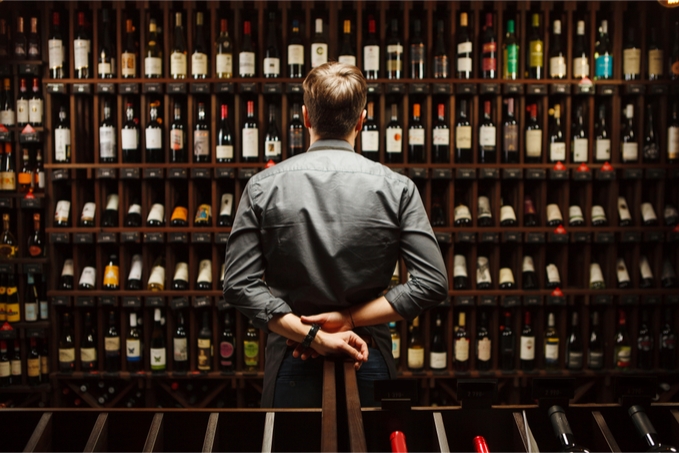 The fine wine market has long attracted investors from Europe and the US who both have a long legacy of wine making and because of strong returns over the last decade. Adding to this is a growing theme of purchasers from the Chinese ‘Middle Class’.

Sommelier consultant Jean-Louis Naveilhan who advises clients worldwide observes several trends sustaining the rising demand from Chinese clients: “More and more people are being classified as “middle class”, there are the “young” returning from overseas studies, and there is their economic growth, between 3-6 per cent year on year on average. Furthermore, taxes on wine in China have been lowered. As well as this there is the growth of big e-commerce platforms through which people feel confident to order wine online”.

It sounds like the stars are aligning for the wine industry. So, what are the Chinese selecting? “Red wines, but not too tannic, as well as very aromatic whites and fruity sparkling wines are in strong demand”, said Naveilhan.

These observations are backed by the figures. Turnover at live trading platform BI Fine Wine, jumped 6.1 per cent to £51million in the six months to June 30, 2018 as Asian customers made up 40 per cent of turnover. European and British customers account for the bulk of customers at 50 per cent, while 10 per cent were from America and the rest of the world.

Hong Kong has long been established as a major hub for fine wine, particularly since it cut taxes on wine imports from 80 per cent of its value pre-2007 to zero in 2008. Which is why Sotheby’s, the auction house, has been present in Hong Kong since 1973.

Cutting through the red tape

Adam Bilbey, Head of Sotheby’s Wine, Asia, has found that “the wines of Burgundy are certainly taking centre stage. In particular, the likes are Domaine’s Romanée-Conti, Leroy, Armand Rousseau and Roumier”. In fact, Sotheby’s Hong Kong recently set the world record for a bottle of wine, selling one bottle of 1945 Domaine Romanée-Conti, Romanée-Conti for USD558,000.

Will interest among Chinese investors continue to grow? “Yes” said Bilbey, “The Chinese middle market and aspirational wealth is only just coming through”.

Philip Staveley, head of research at Amphora Portfolio Management agrees: “As ‘developing economies’ evolve the millionaires created often aspire towards ownership of Western luxury goods, fine wine undeniably fits this bill”. He added “there is a tradition in China to invest in physical assets such as gold, diamonds or property, particularly at times of uncertainty and ownership of another consumable asset has found a great deal of attraction”.

In his experience, Chinese buyers are “not put off by price, in fact it often seems the higher the better. High end Burgundy remains their favoured wine”.

As well as the Chinese, it seems that surrounding countries are increasing their interest in fine wine. “Wine has turned into a global marketplace now so we also see steady growth in South East Asia and South America”, said Bilbey.

Lakshmi smiles on the wine industry

According to Staveley, India is the country which is still full of potential. “India’s wealth is increasing as it is in China. Amphora who has been active in India since 2014 noted an uptick in interest in the last two years where client acquisition overtook that of China and Hong Kong combined in 2018.” However, he says “In India, wine is very much for the HNW as import duty currently sits at 160 per cent. It means there is a market to store wine in the UK or Dubai and carry an allowance back into India when they travel. He says as import duty is reduced though, which is a regular debate, a significant restraint on local demand will help open up the market.”