China: 157 billionaires and not enough wealth advisers for them all… 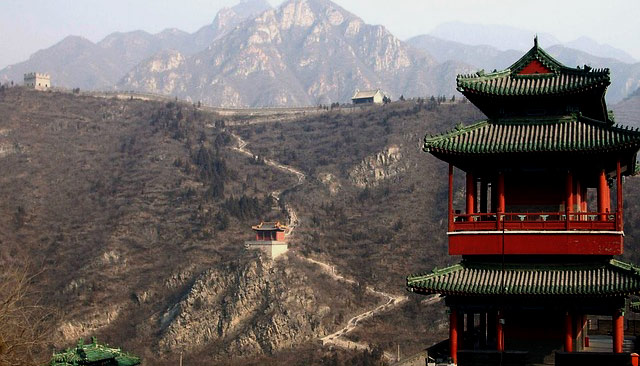 The Chinese still have their Great Wall of China, symbolically shrouding them from the advancements of the Western world and who knows perhaps they can teach Trump a thing or two about its construction. But as the Year of the Rooster arrives for China, which is one of the world’s largest chicken consumers with ‘chicken’ billionaire Cao Jisheng listed on the Shenzhen Stock Exchange, I ask leading experts from the region for their thoughts on Chinese investor sentiment in Rooster 2017.

According to Clifford Ng, partner at Hong Kong-based Zhong Lun law, there is a pent-up need for domestic planning and products. “The Chinese market should be good for international tax planners. We don’t have the level of numbers or service providers seen in the Euro or American markets. Partnering with local advisers is an opportunity for offshore planners. It will slow down the ongoing desire to move money out of China,” he says.

Geoff Cook, CEO of Jersey Finance, which is a not-for-profit financial services marketing organisation for Jersey, agrees and says: “The two greatest hurdles in the past for Chinese clients as they begin to transition their wealth are uncertainty about where to start the process, and the perceived lack of good options and advice.” In addition to these hurdles, China’s UHNWs have faced the daunting challenge of investing in unfamiliar markets or in overseas financial products and real estate without understanding the implications of what they are doing or problems they are storing up like inheritance taxes.

Geoffrey Yu, head of the UK investment office at UBS Wealth Management, agrees that the industry is burgeoning but also adds caution saying that “increasing sophistication does not necessarily translate into conforming to western wealth management styles, such as discretionary portfolios.” Yu says ‘wealth management products’ in China mean something completely different and the focus is high-risk high yield. Another trend is diversification overseas but much of this tends to focus on real estate and there have been constraints on that because of the recent FX controls.

Things seem to be changing though. Yu says there is more financial education locally now and thus more realistic expectations from investors. “Ten years ago, an average client would have told their wealth manager that they would want double-digit return almost guaranteed. These days, they also understand the concept of preserving their wealth and know that lower returns are part and parcel of that decision.”

For Clifford Ng, the thorny issue for foreign bankers is understanding the value they can bring to Chinese UHNWs. “Hong Kong and Singapore are already over-banked,” he says. “What do wealth managers from the UK or the EU bring to the table?  Given the uncertainties with Brexit and the EU, there may be some opportunities in these markets but I am scratching my head for some inherent advantage.”

Ignatius (Iggy) K.K. Chong, managing director and head of private wealth, Greater China at RBC Wealth Management, isn’t as pessimistic and he sees opportunities in innovation. He says: “The industry’s strong pace of growth is well-known and clients are interested in Fintech whilst also having to adapt to evolving regulatory factors. There is market share to grasp but failure from bankers or wealth managers to innovate runs the risk of making some of their services obsolete,” warns Chong.

Chinese payment services such as Alipay, owned by Ant Group’s Jack Ma who is worth USD 28.9 billion (Forbes), is a Chinese mobile payments app that has over 400m users domestically. There is also rival service WeChat Pay whose owner Ma Huateng has net worth of USD 23bn. WeChat Pay is owned by Tencent Inc who are seeking growth by penetrating the international markets. Alipay, for instance, is now accepted in UK’s luxury department stores Harrods. However, despite an important presence of Chinese UHNWs in the UK, the private wealth industry hasn’t shown any interest in developing these services.

Clifford Ng says that while both payment systems are important to the Chinese domestic economy, they are largely irrelevant from a private wealth perspective. “They serve as an important upgrade to the domestic banking and transaction system,” says Ng.  “However, these systems highlight one important area: The Great Currency Wall of China. We now have a lack of cross-border currency flows which is the biggest challenge for private wealth planners and their clients alike.” Ng goes on saying that many macro issues justify the need for controls but the impact is that money and assets in China remain largely unavailable.

According to Geoffrey Yu, “WeChat Pay and Alipay transactions are made at a retail level, for now. However, the wider financial services industry may be forced into using these platforms, in the future.” This, Yu predicts, will mean an increase in transaction costs.

Different payment systems aren’t the only obstacle that international businesses face when trading with China. Yu says that although the country has become a much easier place to do business, there are still issues surrounding transparency, legal matters and navigating the bureaucracy. “But,” Yu adds, “the biggest challenge is that the exchange rate is falling so strict capital controls on overseas investment have been enforced in the last year. Many companies will wonder whether and how they can get their money out.”

Perhaps over their New Year banquets, the Chinese can work this out.