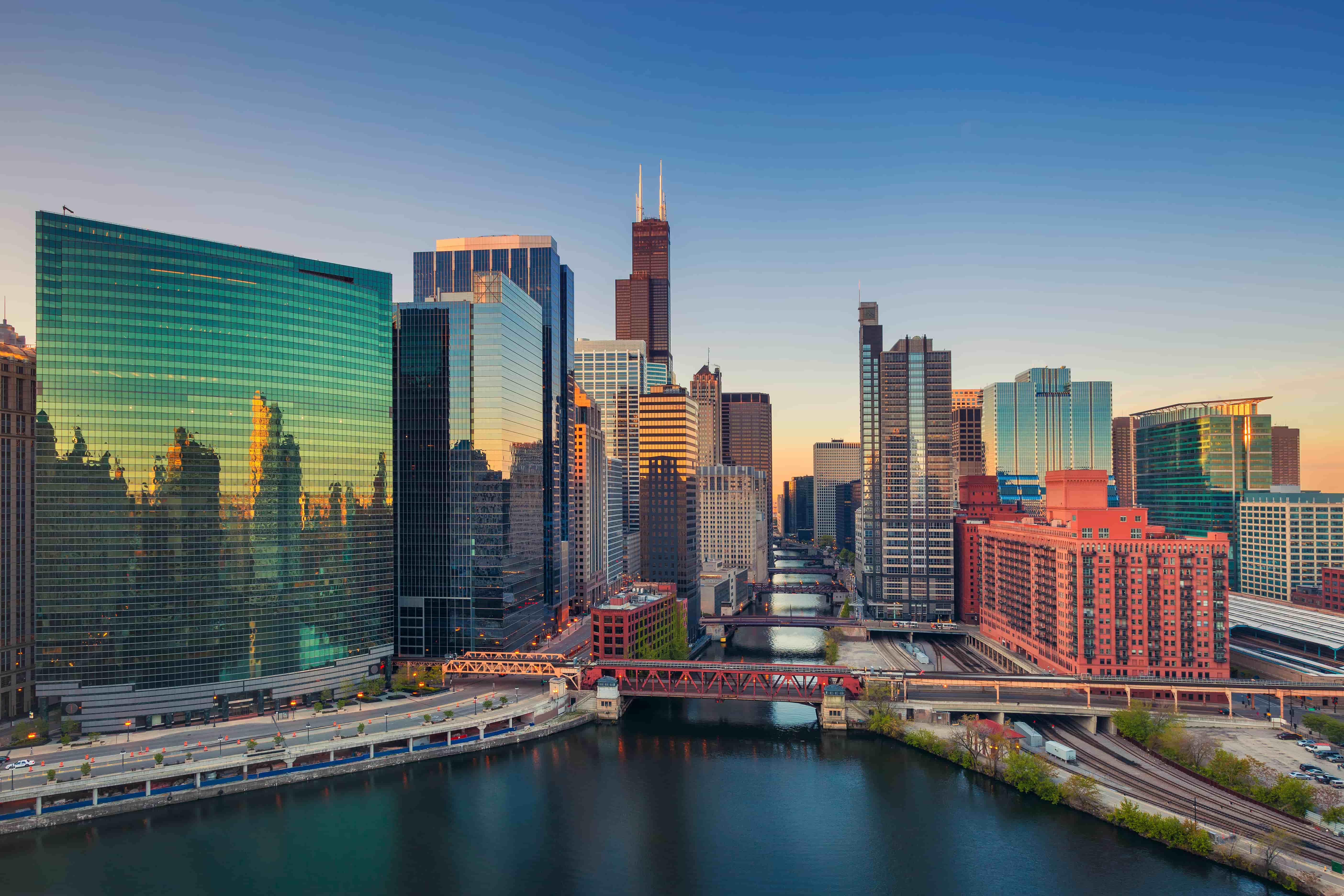 Come November, President Trump will go head-to-head with the Democrats seeking re-election for a second four-year term while quite likely still doing battle with the fallout from coronavirus. In Chicago, the economic crisis caused by the pandemic has added in excess of $500 million to the city’s already enormous budget deficit, leaving the wealthy exposed to an almost inevitable tax hike.

Chicago is home to a tight-knit business community and a thriving mid-market corporate base, renowned for core manufacturing and a food services industry built on the spoils of the agricultural Midwest. Entrepreneurs and tech start-ups are increasingly a feature too, while the city has long boasted a buoyant hospitality and convention business thanks to its location in the heart of the country.

The hotels industry is now reeling from the impact of Covid-19, which has killed more than 7,000 Illinois residents. The steep drop in tax revenues and increase in expenses has hit the city’s finances hard, with the deficit likely to reach $1.6 billion in 2021.

“Whether the Democrats or the Republicans win, we expect tax rates to go up because of the levels of deficits we are funding,” says Jack Ablin, chief investment officer and founding partner at investment advisory firm Cresset, which has $9.5 billion under management. “We are focusing in the near term on things we can do to get ahead of higher tax rates.”

It’s a story repeated by many working in the city’s strong wealth management community. Andrea Kramer is a partner at McDermott Will & Emery, one of Chicago’s oldest law firms and a leader in private client. She says: “The biggest piece for us at the moment is that with so many people getting sick and dying, there’s a renewed interest in revisiting estate planning documents and making sure they reflect the current intentions of people.”

In an election year, taxes also weigh heavily on the minds of those clients. “Historically, the sense was that if a Republican administration comes in, they are going to be easy on your taxes and if the Democrats win, they are going to up your tax rates. But we have seen what has happened in the last three and a half years under a Republican administration; they talked a good game but actually spent more money than the Democrats. So, traditionally people would be saying if it looks like the Democrats are going to win you need to be planning for taxes going up, but now who knows,” says Kramer.

She adds: “Increasing revenues is something that every local government and every state is going to be needing to figure out over the next handful of years. Some of the historical expectations could be very different. But it’s certainly a good time to be focused on private clients and private wealth management. It is a busy time for wealthy individuals and for family offices, who are trying to do a lot to preserve assets and maintain standards of living without dipping into trusts and estates.”

One of Trump’s first tax reforms was to reduce the federal tax deduction for state and local taxes, meaning that wealthy individuals can no longer offset state income taxes from their federal income tax bill. Not all US states charge state income tax, but those that do – including Illinois – have seen an exodus of wealthy residents to places like Florida and Texas, because residents cannot deduct what they have paid in state taxes from their income tax bill any more.

“It is a difficult fiscal environment in Illinois, and in Chicago specifically,” says Ablin. “All four of the founding partners of Cresset, who grew up in the Chicago business community, have changed their domicile to Florida in recent years. That’s a trend that will likely continue as individuals have a greater degree of flexibility over where they can conduct their business and where they want to live. They are going to gravitate to places they would rather be, and tax is obviously a factor in that.”

Illinois is a huge state but Chicago sits relatively close to the borders with neighbouring states of Wisconsin and Indiana, both of which have offered lucrative incentives to tempt businesses across the border. While business may still be conducted in the Windy City – the third most populous city in the country – official headquarters and residences are moving elsewhere.

So far, such mobility has had little ill effect on the city’s wealth advisers: “Most people are pretty satisfied with their providers in Chicago, so to try and swap a client from one firm to another is hard to do and probably not worthwhile,” says Ablin. “It’s good for the whole business that it’s stable, but it does make it hard to build market share.”

In addition to McDermott Will & Emery, the two other greats of Chicago’s private client legal scene are the law firms Katten Muchin Rosenman and Schiff Hardin. Adam Damerow is one of the newest partners at Katten, having moved two years ago bringing a meaty practice advising ultra-high-net-worth individuals from his former firm McGuireWoods. He, like others, is currently busily employed advising wealthy clients getting their estate planning in order as they take time to reflect on the implications of a global public health crisis.

“We have a lot of clients in the older midwestern industries and in manufacturing,” Damerow says, “but the clients are certainly getting younger. There is a lot of wealth in financial services in Chicago now, in private equity, trading, hedge funds and a lot of other newer industries.”

He adds: “With ultra-low interest rates and asset values all over the board, that has led to wealth transfer planning. With the political winds also flowing as they are, people are really starting to focus on the fact that if Trump is not re-elected, we could quickly see a change to the currently temporary high exemption rates.”

At the moment, there is a high exemption rate from estate and gift taxes that is in place until the end of 2025, but with a change of administration, that could decrease in 2021. Clients that have not made use of that exemption are making plans to be ready to do so at year-end before it gets taken away, says Damerow.

An election year is always a time for much estate planning in the US, in anticipation of tax changes. This time around in Chicago, advisers find themselves in even greater demand as clients face up to an unprecedented squeeze on state finances and uncomfortable questions of their own mortality.