This is the third of a four part mini-series on mergers and acquisitions in a wealth management and private banking context. In our first article, we covered the two major deal types in the market today:

Our second article looked at the importance of culture in an acquisition.

Now, this third article addresses the importance of a successful implementation. In particular, we look at how essential it is to have a well communicated, transparent and controlled implementation in order to ensure a successful transition and put the new combined organisation on a solid footing from the start. 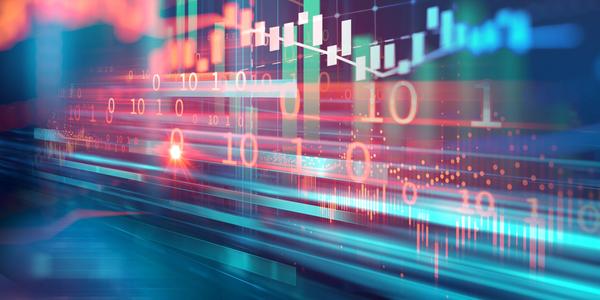 “You only get one chance to make a first impression.”

Whether it’s a share deal or an asset deal, the day you go live on a new system in any new organisation is the day that is most remembered.  It won’t be remembered for whether everything worked or not (because – you know it – not everything will ). No.  What people will remember is how issues were handled and how people were treated.  Was the project well prepared?  When there were problems, did people act calmly and professionally?  Did people hear my concerns and were they dealt with?

For newly acquired employees, this is a period of high stress, confusion, and, most importantly, critical observation of the new organisation and its management. Today is your day to make a lasting first impression on the people on whom your firm’s future success will depend.

Acquiring the entirety of a firm is a complex and risky undertaking.  In a short amount of time, one must identify the future combined operating model, decide which employees to keep and those to let go, identify change to systems and contracts, as well as make sure that ‘go live’ day all works as it should.  This is no small feat.

It is very difficult to orchestrate an implementation where everything runs smoothly on the first day. A great deal of preparation is needed, and it normally falls upon people who already have a day job.  Running an implementation is a full-time job.  Unless you are an organisation where acquisitions are a regular occurrence, you will not be adequately staffed to run the day-to-day business as well as the integration – and you will almost certainly engage outside help.  Not only will it support the acquiring organisation, it will also show those being acquired that the means and resources are being mobilised appropriately for the effort ahead.

Of course it is important to choose external help that have experience in implementations. This will save a great deal of time, money and aggravation.  The help chosen must understand operating models, project and change management.  These are resources that are essential during the project but which can then be released very shortly after the implementation reaches steady state.

As previously mentioned, one can look at a share deal as a mass onboarding of new employees.  In an asset deal there will be account migrations, but ultimately there will not be a top to bottom change of systems.  This being said, this implementation should not be treated less seriously than in a share deal.

Communication should focus on what the combined organisation is being built to achieve and the importance of having everyone pulling in that same direction. There is a real risk that once the deal is announced the owner sets a timetable which makes the new employees feel that forced into a project, and not voluntarily.  This can lead to a general unease and, in the worst case, resignations of key people.  There will be plenty of time to go over the details of the project once the deal has been concluded

Just as in an asset deal, a project team should be announced and roles very clearly understood.  It is vital to spend extra time communicating with the account managers about specific clients’ specific needs and to address any questions thoroughly.  Since there are fewer overall moving parts in an asset deal, more time should be taken to support the account manager and also to look at each portfolio individually, in order to ensure the client’s smooth transition.

By acting in this manner, the overall staff will see that the executive and project management are being true to their commitments. The link between transparency and trust is well documented and how, as well as what, you do now will set the tone and cultural context we explored earlier in Part Two of this series.

One of the control issues that has to be looked at very carefully here is the account manager’s training on the new system that they will be using.  If additional training needs to be done, it should be planned.

Here, the principles are the same for share deals and asset deals. Although asset deals require less overall project management, newly onboarded employees cannot just be left to fend for themselves.

In the days preceding go live, a representative group of users should be interviewed about their biggest worries.  This should be listed and checked, before, during and after the migration.  For the go live date and throughout the following weeks, there should be a help desk line and full transparency on what is going right and what still needs to be fixed.  There is nothing more aggravating for users than taking valuable time documenting a problem only to find out that it has already been logged.  Ideally, you should have project members on the users’ floor, handing questions and escalating problems for ideally at least one or two days before go live and two weeks after implementation

During the first week, there should be a bi-daily update on what is working, what is not and what is being done to fix it.   This keeps all parties informed and, all armed with the same level of information, all employees are working toward the same end.

Yet despite this being effectively common sense, it is sadly still a common common mistake to believe the project is over on implementation day.  Unfortunately for the project team, the project is usually only 80-90% completed on the day.  It needs to be driven right on to conclusion even though people’s stamina will be waning by this point.  All too often, I have seen a handful of open items ruin the overall success of an implementation simply because they were abandoned very late in the game.

The end of a project such as this normally ends with the termination of individuals who are no longer needed in the new target operating model.  That termination process is also a powerful signifier for those who remain; another vivid memory they will carry forward as employees and that will significantly shape whether they perceive their new employers as ‘fair’ – or not. Again, sadly, I have seen some spectacularly short sited savings made in this area that have turned out to have very expensive consequences longer term.

Back to first impressions

In summary, how the buyer executes implementation is the first, strongest and most lasting impression for new employees.  Run well, with good communication, transparency and in a way that ensures people are listened to and treated fairly, then the first impression will immediately build trust and ‘credit in the bank’.  Equally, if the implementation is a rush job, issues are left unresolved and people are not treated with respect, it will come as no surprise that the very people most wanted in this transaction will be the first ones to leave.

Getting implementation right is not about saving money. It’s about investing in the human and operational capital required to make M&A a success.